Should I Wear Rear Seat Belt?

Should I Wear Rear Seat Belt?

During a car crash, passengers which use rear seat belts are most likely to save during the impact because of the restraint of the seat belts. The purpose of using a rear seat belt is for occupant restraint. It is essentially important to prevent occupants from sustaining injury due to internal collision inside the vehicle. For instance,
the passenger might slam against the front passengers .

These are 4 important reasons of the rear seat belts:

1#Passengers that use the rear seat belts could prevent becoming a human projectile during a car crash.The result of not being throw spontaneously without any safety restrain could overcome result of death.

2#Passengers on the rear seat of an automobile which make a use of rear seat belts could increase the percentage by 44% to prevent death likely having no critical injuries .The percentage rise higher to 73% for rear seat passengers for vehicle such as Van or SUV.

3#In 2010, 6300 death occurred for car accidents and 350 death just for the cause of rear seat belts in Malaysia. Reducing the amount of death in Malaysia would make the nation a better place.

4#During a severe accident like a roll over .The percentage that could be save by rear seat belts could be as much as 45%. No matter of how bad the car crash happen,the safety of the vehicle still could save lives .

3.Safety Seatbelt Wearing among
Vehicle Occupants in Malaysia by MIROS 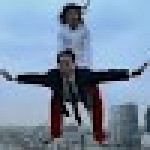